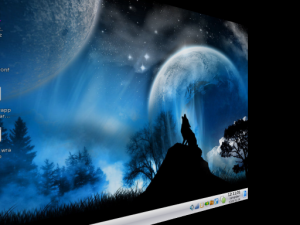 Windows users are somewhat scared about the BSOD. Haven’t experienced it ever so I wouldn’t know. But..
I finally switched from Gutsy to Hardy. The whole desktop effects part has been made a lot easier to setup. Only had to figure out how to have Compiz with the taskbar option “show windows from all desktops” disabled.
Also Hibernate is still picky enough that I had to tell both resume file and boot entry where to find swap, duh. But after doing that it works. Suspend is funny though, it greets with green screen flash on resume and one line of text that vanishes quickly enough that you can’t read. It doesn’t seem to cause any problems though, other that beauty ones :D.
Estonian ID-card with Firefox 2 didn’t want to notice that I have Java installed, had to edit some postinstall script, not too troublesome when Launchpad has detailed instructions for you.
Otherwise X60s and Hardy get along very well, haven’t noticed any other issues so far. This way I might test my luck with fingerprint reader and HDAPS again.